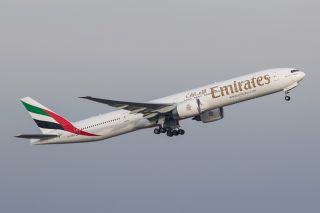 Emirates affiliate Qantas offers Premium Economy services since 2008. This might encourage Emirates to trial a Premium Economy on joint one-stop links between Australia and Europe, but according to Clark no firm decision has not been made.
© PaxEx.com | May 12, 2016 09:29