AUCKLAND - Air New Zealand is to spend more than 100 million Dollars increasing the number of premium seats on its Boeing 787-9 Dreamliners and refurbishing its Boeing 777-300 fleet in response to customer trends.

"Increasing demand for premium travel means the three Dreamliners scheduled to be delivered from October 2017 will arrive with a fresh new cabin configuration that will increase the number of Business Premier seats from 18 to 27 and Premium Economy seats from 21 to 33," ANZ said in statement. 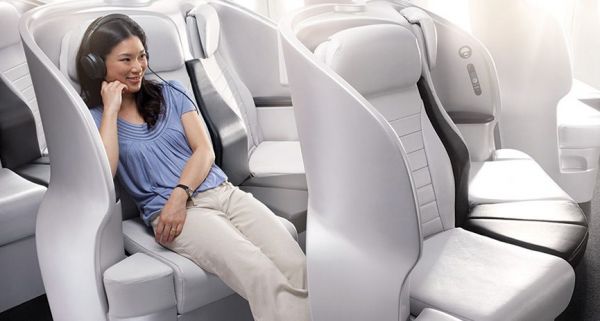 From February 2017, all seven of the airline’s Boeing 777-300s will also progressively complete a refurbishment programme, including the installation of a Panasonic eX3 in-flight entertainment system customers already enjoy on the Dreamliner fleet, and refreshed seating options.

"Each of the 777-300s’ interiors will be completely refurbished as part of the project," the airline said. "The refurbished aircraft will feature refreshed Business Premier and Economy seats as well as Air New Zealand’s luxury leather Premium Economy seat which debuted on the 787-9 Dreamliner in July 2014."

These seats will replace the Spaceseat and take the number of Premium Economy seats on this aircraft from 44 to 54. The Boeing 777-300 refurbishment programme is expected to be completed by late November 2017.

“When we unveiled the Spaceseat in 2010, it was revolutionary and clearly the best option in the market at the time, as a string of international awards has proven. However, seating technology and materials have come a long way since then and our customer research now shows consistently higher satisfaction scores for our newest Premium Economy offering so it’s time to continue Air New Zealand’s evolution in this space,” Ms Hurihanganui says.

While featuring an innovative design, some passengers complained about limited sleep comfort in the SpaceSeat.
© PaxEx.com | Abb.: Boeing | Aug 26, 2016 08:14