LISBON - TAP Air Portugal's headquarters at Lisbon airport was built in the 1960s, and the buildings clearly show their age, with maintenance hangars dimly lit in yellow light. But the heritage-rich Portuguese flag carrier, which just celebrated its 70th anniversary in September, seems to be in renewal mode.

Since the successful privatization 2015, when a consortium run by David Neeleman, founder of JetBlue in the US and Azul in Brazil, initially purchased 61% of the shares from the Portuguese state, being reduced to 45% after elections in early 2016, fresh capital and outside expertise is in place to bring TAP to the next level. 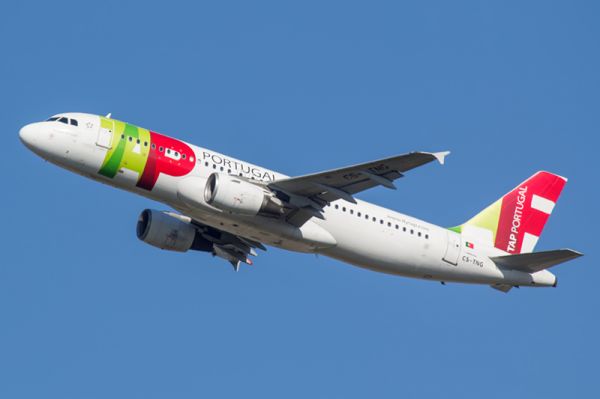 In its network, with even more destinations planned in Brazil (so far 67 flights per week) as well as in the US (where new Boston and New York-JFK operations already started). And also including revamped cabins of existing aircraft, as well as a bunch of new orders. This becomes reality already in Lisbon, where currently the first of TAP's 21 A319s get brand new cabins installed, four are already back in service.

Stepping from the dark hangar into the brightly lit cabin of aircraft registered CS-TTM is a step from the past to the future, although this aircraft is already 17 years old (their average age being 17.4 years).

"This is the biggest revamp in TAP's product history", says Cabin Interiors Product Manager Joel Fragata in talking to PaxEx.com, "this is mostly about efficiency gains, to be able to compete in today's market." Meaning TAP's Economy Class has to mirror the offerings and fares of LCCs, which are strong in Portugal. 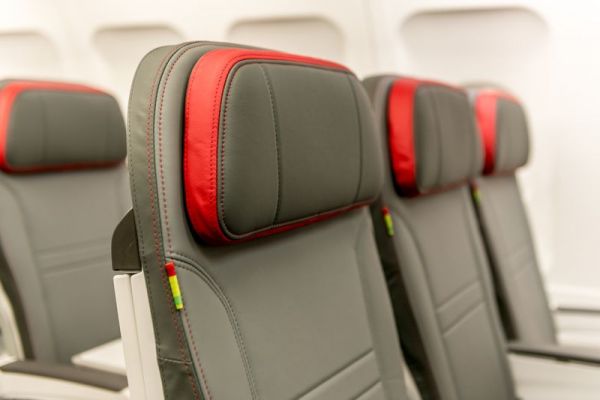 It is now adapting its product, after introducing a "Discount" fare already, just including one cabin bag. At the same time, it has to offer business travellers, especially those connecting onto long-haul in Lisbon, a suitable product. The current fare spectrum is illustrated at a randomly picked flight from Hamburg to Lisbon, where the online check yields ticket prices varying from 93 Euros to 340 Euros one way.

That's why TAP now aims at differentiating its offerings more, for example by tightening seat pitches in the back, though with slim line seats by German manufacturer Recaro, retaining a minimum of living space. 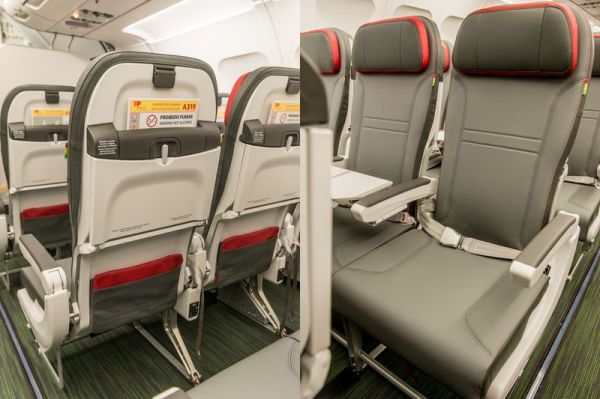 That's not all due to thinner seatbacks, but also a result of removing Galley 2 in the front, next to door 1R. And the fact that Economy class now lacks almost any comfort - beginning in the seat rows aft of the overwing emergency exits, easily visible by the seat covers framed in green leather. Here things have become extremely tight with 28'' (71.1cm) pitch, with TAP making it even more uncomfortable than Lufthansa in the aft rows of its A320neos: TAP doesn't allow any recline at all, while Lufthansa's seatbacks move a few millimetres.

In airline speak this is euphemistically called "pre-reclined" mode, what of course is nonsense at this minimal pitch. "This means no intrusion into your personal living space", Fragata tries to sell it positively, but for bigger frames there simply is almost no living space. Whoever has to fly here has to suffer, if over 1.75 meters in body height. 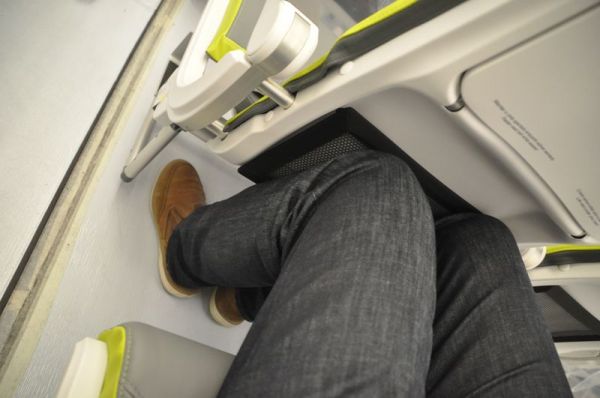 This gives the TAP cabins a very attractive ambience, including a newly designed, lighter carpet in green and black patterns, everything has a specific Portuguese note. The overall design has been conceived by local company Almadesign, the seat covers are manufactured by Kharman Ghia de Portugal, using leather from Portuguese supplier Couro Azul.

"This leather gets a special treatment, so all heavy metals are removed, it is chromium free, we are one of the first airlines to fly it", explains Joel Fragata. The first ten rows of the A319 are equipped with Business class seats, easily recognizable by their red leather edges, the middle seat remains free and gets a table applied. 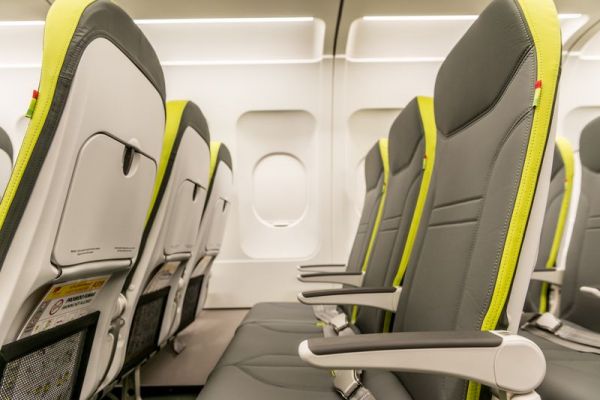 Here the pitch is a generous 33'' (83.8cm), every three seats have a power outlet for electricity (110V) as well as a USB port, something still rarely found on short- and medium haul. TAP plans to offer an "Economy Plus" product in some of the "red" rows, which is supposed to come online system wide in 2017.

The best option for travellers in Economy is definitely the first "green" row, in the A319 it's row 11. It boasts a generous 33'' pitch, to compensate for the 4'' recline of the seats in the last "red" row.

The situation of cabin products on TAP's long haul routes is more complex. Both newest A330-200s, registered CS-TOS and CS-TOT, already have seven rows in the front of Economy boasting a 34'' pitch, they will soon be sold as "Economy Plus". Currently they operate just the JFK and Boston routes. Starting in January, seven out of currently 16 TAP A330-200s will be refurbished.

In Business class, they are getting full-flat seats for the first time, a newer model of the Thompson Vantage seat, this revamp shall be completed by October. So far, TAP still flies angled lie-flat seats, which are no longer acceptable to many passengers. Only in 2019, the airline promises to be all full-flat in its offerings. 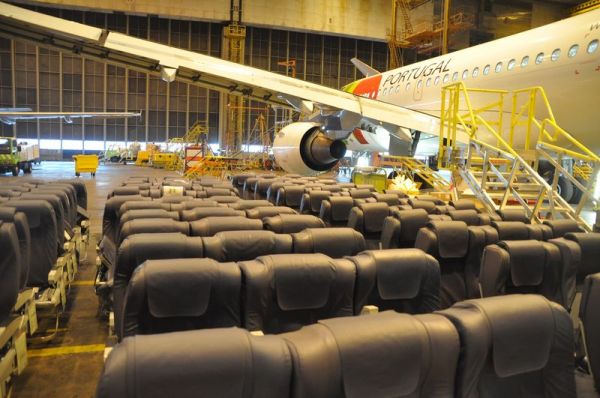 A real renewal of TAP's long haul cabins, however, is only to be expected when the newly ordered aircraft arrive. TAP is launch customer for the A330-900neo, the first of 14 will arrive at the end of 2017/early 2018, as well as six new A330-300s. A year later, the first batch of a total of 39 A320neos/A321neos will follow. Among these will be a few of the long haul version A321LRs, which TAP intends to operate on shorter Brazil routes.

"They will also have full-flat seats in Business class", promises Joel Fragata. Either way - it won't be boring at TAP in the next few years.