DOHA - Hamad International Airport (HIA) joins the top tier of global airports becoming the sixth airport in the world to receive the "5-Star Airport"designation by Skytrax, the London-based aviation institute for airport and airline rankings. HIA is first ever airport in the Middle East to earn this title.

The highest rating – five stars – has previously only been awarded to five other airports worldwide: Singapore, Seoul, Hong Kong, Tokyo-Haneda and Munich.

“Hamad International Airport was designed and built in the modern era, taking into account what passengers want most - convenience and service", says Qatar Airways CEO Akbar Al-Baker. "HIA more than exceeds passenger expectations by providing what passengers want in an environment that is beautiful, thoughtful and welcoming." 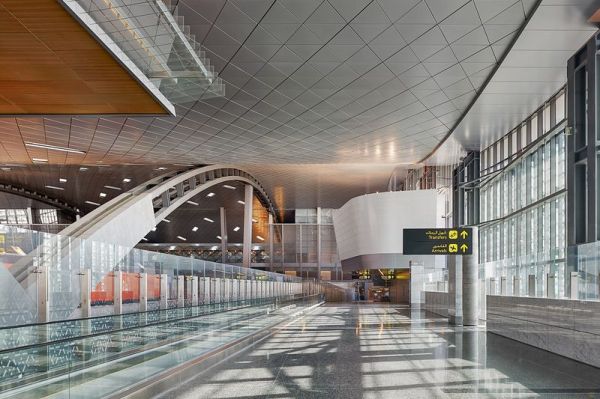