TOULOUSE - January 12, 2017 is a truly memorable day in Iranian aviation history. Iranian television broadcasted live when flight IR700 from Toulouse landed at Tehran's Mehrabad airport at about 2.30pm local time. It was the delivery flight of an Airbus A321, registered EP-IFA.

Its landing marked the arrival of the first new aircraft to any of the country's airlines since 1994. Even almost 23 years ago, Iran only received two Airbus A300-600s by special permission, as compensation for another of the type, which was shot down by the USS Vincennes in 1988 over the Persian Gulf. 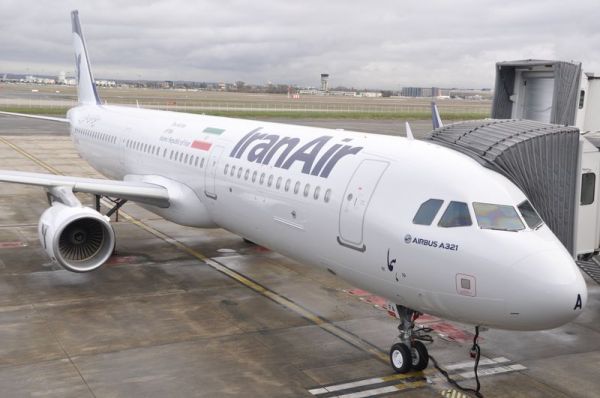 The last regular delivery of any factory-fresh Western aircraft to Persia dates from 1980, when in April an A300B2 was ferried to Tehran, ordered as one of six in 1978, before the revolution in 1979.

"This aircraft, registered EP-IBS, is still flying safely, thanks to god, despite all the imposed sanctions and problems they made for us, all thanks to Iranian maintenance crews. We will fly it as long as we can", pledged soft-spoken Chairman and CEO of Iran Air, Farhad Parvaresh, in an exclusive interview with PaxEx.com in Toulouse the day prior to the delivery flight.

He has been with the national, state-owned airline for decades, holding the top post for almost eight years. In the last decades, as Iran became internationally more and more isolated due to suspicions about its nuclear program, the country had to improvise and rely on middlemen to keep their airlines aloft.

As all Western aircraft contain American components, sales of new aircraft were out of the question. This all changed after in 2015, a nuclear deal was signed between Iran and the UN Security Council plus Germany and the EU, starting a process to end the embargoes and sanctions. 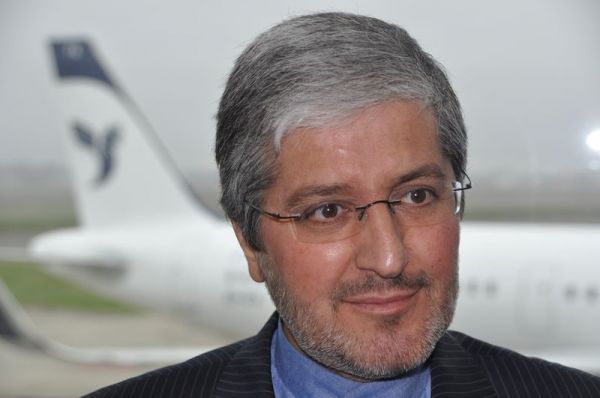 In January 2016, an agreement was signed between Iran Air and Airbus for an order of 118 aircraft from the European manufacturer: 21 Airbus A320s, 24 A320neos, 27 A330s, 18 A330neos, 16 A350-1000s and twelve A380s. Then the process started for Airbus to obtain all the necessary licenses and permissions for the export of the aircraft including US-built parts to Iran.

Almost after one full year, on December 22, the final contract was signed, now comprising of 98 new aircraft plus two used ones. Including the full amount of A320 family and A350 aircraft foreseen in the January agreement, but only 38 aircraft of the A330 family and, a big blow to Airbus, no A380s.

"The necessary infrastructure in Iran would not be ready in the near-term future to accept the A380, so we decided to drop it and stay with the other new aircraft first to get more familiar with them", explains Parvaresh to PaxEx, stressing: "As Iran Air we presently have no plans to buy any Boeing 747s or A380s." 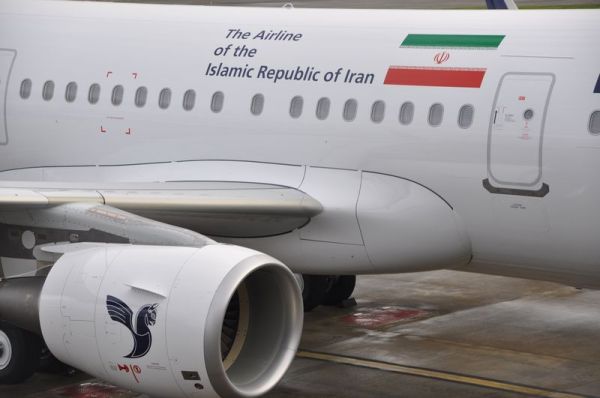 Iran Air denies any further interest in products of other manufacturers or even larger aircraft. "This is sufficient capacity, maybe in the future there is a need for bigger aircraft, we will see", says Iran Air's CEO.

In any case, this is a lot to swallow for an airline that is tiny by any global standard, with currently just 23 active aircraft and about six million passengers a year. Especially in a country that is the second largest in the Middle East after Saudi Arabia and home to a population of 80 million people, Iran is similar in size to Turkey, but with only half the GDP.

And nobody denies that Iran's aviation has a huge potential. "The renaissance of the Iranian aviation industry is one of the most important developments in this industry for a long time", stressed Airbus CEO Fabrice Brégier at the delivery ceremony in Toulouse.

Talking to PaxEx.com, Brégier said: "It is amazing to see how quickly we got one of the biggest contracts ever for Airbus to work, and this is only the start." 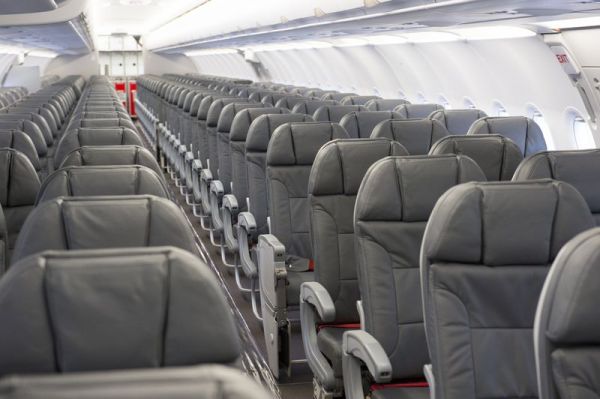 Farhard Parvaresh of Iran Air seemed to be equally stunned at the pace: "You can't find an airline in history which has signed a contract with a manufacturer like Airbus, and then the aircraft is delivered three weeks later. It was all prepared before of course, but we signed it about three weeks ago and now we have the first delivery", he beamed.

Which is all the more remarkable as Airbus chief salesman John Leahy had just stressed that same morning how the single aisle production is sold out until 2021. Quizzed by PaxEx.com how he was still able to accommodate Iran Air on such short notice, Leahy grinned: "We can always find a slot or two for single aisle aircraft by shifting things around a bit, or maybe we reserved them a slot already…"

It turns out that the aircraft now delivered to Iran Air (MSN 7418, first flown November 16, 2016) was ordered, but not taken up by Avianca. Which explains that the cabin of the Iran Air aircraft is also unique for the carrier in boasting IFE screens in all 194 seats, a configuration built for Avianca.

And Leahy also revealed that two of the A330s now destined for Iran Air have been built two years ago and not been taken up either, reportedly by a Libyan carrier, "they have never been flown commercially and are now stored in Europe". 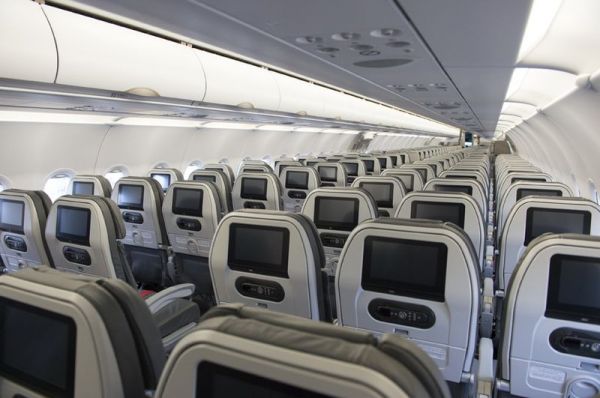 Before Persian New Year on March 21, Parvaresh hopes to receive at least two more new Airbus jets, and during 2017 he anticipates five more A320s and three A330s to join his fleet. These new arrivals are eagerly awaited, as the 23 active aircraft are also over 23 years old on average, and still about the same number of aircraft are in storage.

"Some are under maintenance, and some are waiting for engine replacements for example, but we think it wouldn't be economical to bring them back and spend money on them as we are receiving new aircraft", explains the CEO. "Within the next five years we will gradually phase out some of the other types, like the Fokker 100s or the MD-82, of which we operate four each, as well as older Airbuses."

With the exception of one freighter, all 747s have already been grounded for some time, with the 747SPs being the last ones to retire in 2016. Iran Air's fleet has shrunk considerably recently, "six years ago we had 54 aircraft flying", recalls Parvaresh. 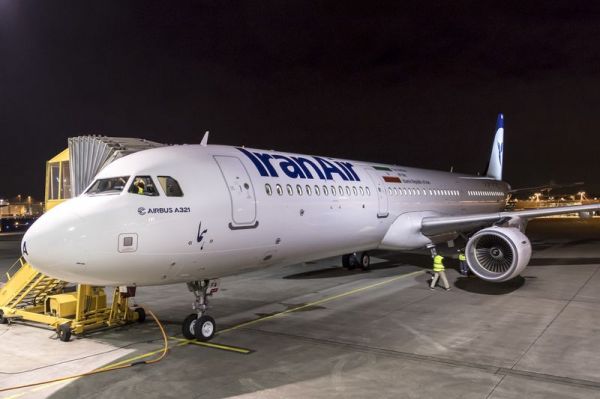 And it doesn't look better for his competitors, including the market leader, privately owned Mahan Air. "There are 150 passenger aircraft flying now in Iran altogether, about hundred are stored, for all the 16 airlines we have", according to Iran Air's CEO. Only six aircraft currently registered in Iran - before the delivery now - have been built after the year 2000, namely all second-hand A340-600s operated by Mahan Air.

"This is not good, and it shows the demand for aircraft in Iran", says Farhad Parvaresh. For his airline, that used to have daily flights from Tehran to New York on Boeing 747SPs 40 years ago, Iran Air's CEO sees great potential for a major hub operation once the infrastructure is ready:

"Due to our location we can offer a flight time of up to two and a half hours less between Europe and Southeast Asia than via the current Gulf hubs, so it would be less fuel and time consuming and you could offer less expensive tickets. We all have to work on that to make it happen."