American drops IFE-screens on the 737 MAX 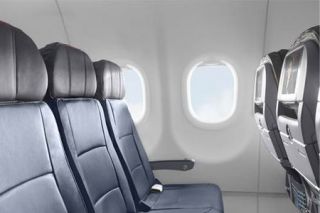 IFE-Monitore bei American, © American Airlines
FORT WORTH - With the improvement of satellite-based systems American sees no need to offer seat-back IFE screens on its Boeing 737 MAX fleet. "More than 90 percent of our passengers already bring a device or screen with them when they fly," American informed its staff about its decision.

Though small in diameter and often poor in resolution the seat-back screens once made the difference between premium and low-cost flying. Not anymore. "Phones and tablets are the technology (...) our customers have choses," argues American. They are most probably right.

Instead, American plans to offer WiFi connectivity throughout its domestic fleet by the end of 2019. A year earlier, each seat will feature power outlets to charge your device during flight. American will receive four Boeing 737 MAX this year and has 96 more on order.