SYDNEY - Qantas passengers on Wi-Fi enabled domestic flights will be able to watch their favourite shows, avoid missing out on live sport and listen to almost any song they like, with Foxtel, Netflix and Spotify coming on board to provide content in 2017. Long haul flights will follow the lead mid-2017.

With speeds up to 10 times faster than conventional inflight Wi-Fi, Qantas will offer customers video and audio streaming when the service is switched on its first domestic aircraft in late February this year. The rest of the airline’s fleet of domestic Boeing 737 and Airbus A330 aircraft will follow from mid-2017 onwards. 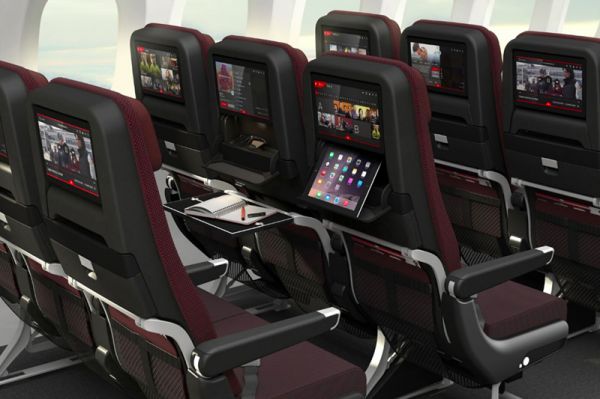 The faster connection speeds – which enable streaming – are made possible through the nbn Sky Muster satellite service and represents a significant upgrade over older satellite technology accessed by most airlines around the world.

"We know that email, online shopping and general web browsing will be popular uses when we switch on Wi-Fi, but what a lot of people relish about flying is being able to catch up on their favourite TV shows or watch movies they didn’t get to see at the cinema," said Qantas Executive Olivia Wirth.

Passengers will log on to the Qantas inflight Wi-Fi via their own devices, and will be greeted by a landing page with a range of options. As well as links to access Netflix, Spotify and Foxtel.
© PaxEx.com | Abb.: Qantas | Feb 16, 2017 14:41