CAPE TOWN - kulula is a low cost airline rarely known beyond the borders of South Africa. "Kulula" means "easily" in the Zulu language, linguistically almost an African take on easyJet. It was founded 2001 as spinoff of private airline Comair, which flies since 1996 in close relation with British Airways, since then also under the BA name and livery.

Kulula is a 100% affiliate of listed Comair and was the continent's first LCC. Today kulula is not only the oldest, but with soon twelve Boeing 737s also Africa's biggest LCC. Like the godmother of all LCCs, Southwest Airlines in the US, kulula was long known in South Africa for being a funny airline in a humorous sense, making jokes all along the way.


Flight Report kulula
Airline
kulula
Aircraft Type
Boeing 737-800
Cabin
Economy Class
Date
February 17, 2017
Route
Cape Town - Johannesburg
Flight
MN102
The most well known proof of this was the iconic "flying 101" fun livery, describing the Boeing 737's functions in a hilarious way, like pointing out "The Big Cheese", the captain's seat in the cockpit. Friends in South Africa complained to me though that recently, they hadn't heard many things to make them smile aboard kulula.

So I didn't expect much when boarding the bright green Boeing 737-800 in Cape Town, walking from bus to the aircraft as is common at the airport on domestic services for all carriers. 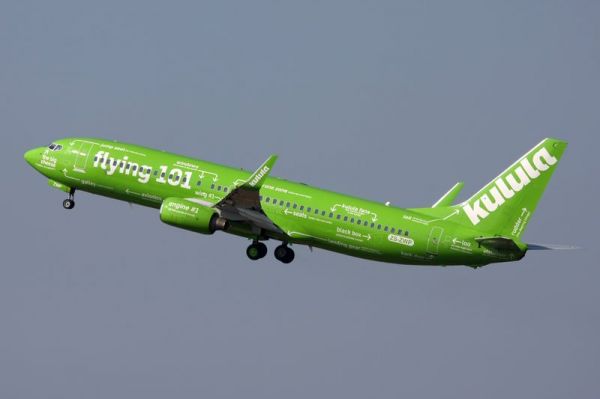 Johannesburg to Cape Town and vice versa is one of the densest domestic routes in the world and South Africa's most competitive, no less then five different airline brands are serving this run which takes slightly less than two hours of flight time. My flight, only booked a little over a week before flying, was 900 Rand (about 65 Euros).

South Africa doesn't know the bare-bone LCC business á la Ryanair, even with this low fare one checked bag of up to 20 kilos is included.

As the online check-in system had randomly issued me a seat in the very last row I asked at the airport counter to get a better one, and they gave me an aisle in the second row. The cabin of the Boeing 737-800 has the new Sky Interior and also a very stylish, kulula branded carpet. 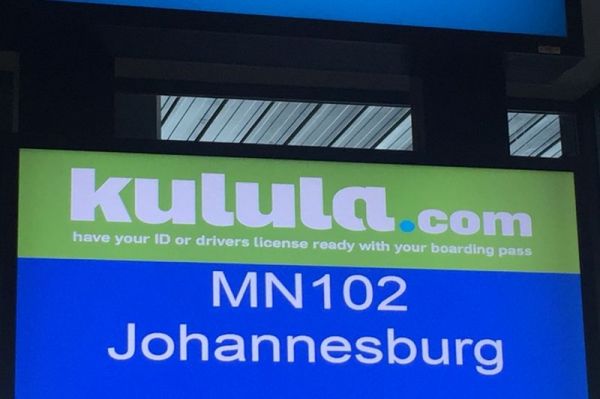 The dark blue leather seats are very tight in pitch, kulula says on average they offer a meagre 29 to 30'', and it shows. The 737-800 seats 186 passengers, others even 189, with 33'' offered in a "stretch zone" around the over-wing emergency exits, offered for a fee. But still, all seats do recline slightly.

Once I have climbed the aircraft's stairs I know I'll be in good hands, and that's due to Kevin, the purser. He is a natural talent in cheering people up in a genuine and funny way. He has a joke for almost anyone entering ("Welcome to 102, no that's not your age, that's our flight number" and many more), and it's a joy to see how this makes people relaxed and smile.

The crew is outstandingly friendly, smiles brightly, rare to find especially in the tough LCC business. That even makes up for a stifling hot cabin, as unfortunately the APU is not working on this hot Cape Town summer day.

Very fitting then the small print on the bottom of the safety card, a kind of built-in joke showing kulula's spirit: "We really like these safety cards… they make great fanning devices, so please do not remove from the aircraft." We depart 15 minutes behind schedule. 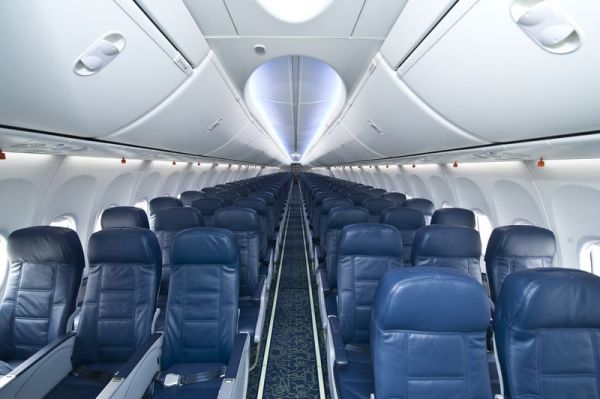 After take off, soon the trolleys come out to offer beverages and snacks. Everything kulula serves is for sale, but for very reasonable prices. Bottled water, coffee or tea are the equivalent of one Euro. Fortunately and surprisingly for a European, within Africa, even on some international flights, it is still possible to carry your full water bottle on board, so one can avoid paying for liquids and still don't suffer from thirst.

On the menu there is also the favourite South African snack, biltong (sliced dried meat) on offer for 2,55 Euros. kulula as a true LCC has no inflight entertainment, but Kevin's jokes are unbeatable, and they keep coming before, during and after the flight, like addressing the passengers as "honourable members" over the PA. 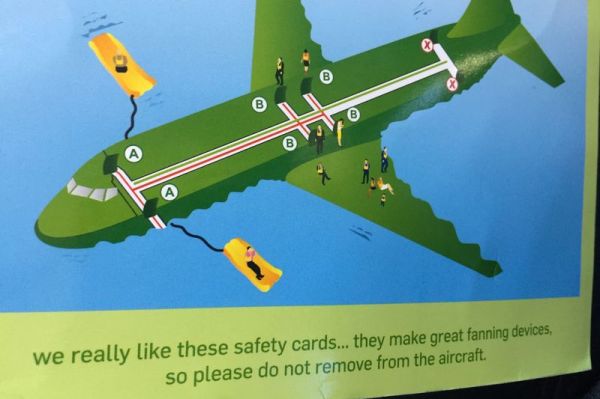 There is also a fairly substantial and well-done inflight magazine, and free newspapers are available in South African domestic terminals.Interestingly, kulula like the country's two other low cost carriers, serve two airports in Johannesburg, besides the main one, OR Tambo International, also Lanseria in the north west of the city, often being an easier and quicker alternative.

Today, we land at the main airport after flying only 1 hour and 37 minutes, so still almost on time.

It is fun to fly kulula, as fares are low for European standards and still include a free checked bag. Of course a joyous crew always helps to bridge even minor hitches like a failed APU. But I would wish for many more flight attendants like Kevin, the purser on my kulula flight, making passengers smile or even laugh, which really makes a difference in passenger experience.